Archive for the ‘Hardwood Floors’ Category 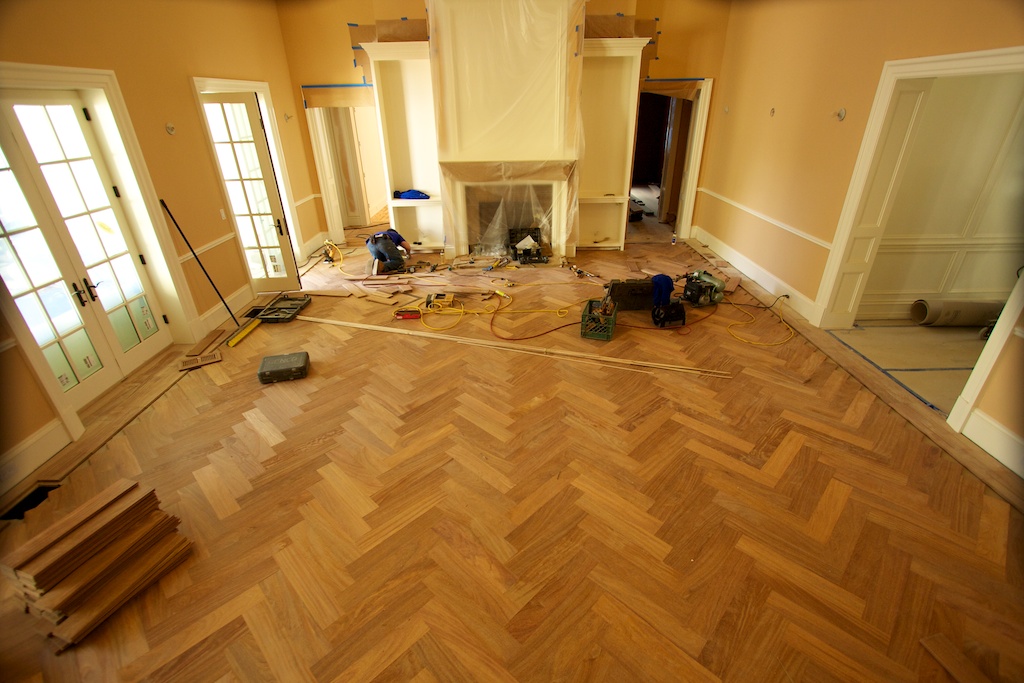 Built in 1885, the Alba Schoolhouse has been a landmark of the San Lorenzo Valley for all of recent memory. Rich Livingston, the Operations Manager for Russell Hardwood Floors, used to wait for the school bus there in elementary school.

When we arrived to sand the floor, it was nearly black, and it was quite a project getting things looking good. However, in the end the old fir floor

The Russell Hardwood Floors crew recently installed a new select grade Red Oak floor in a house being remodeled for the client’s parents, who’ll be moving from the Windy City of Chicago to the much more temperate climate of the Santa Cruz mountains. Rich and Erik tackled the stairs together, and with a clear polyurethane finish, everything came out beautifully. The interior of the house is much improved by the warmth and beauty of the

I went to work yesterday to sand a floor, and to my delight encountered #1 common red oak. It was one of my dad’s favorite flooring types, and I don’t see much of it these days, as most designers recommend select grade material now. The argument is that select is a better grade of flooring, but my dad always said, and I tend to agree, that #1 has much more character, and makes for a more interesting floor. We’re putting a stain on that floor this afternoon, and I’ll be posting some pictures as soon as it’s done.

Timing Is Right For Refinishing

They say timing is everything.

I attended a great show at the Galleher /Floor Service Supply Co facility in San Jose last week. Besides the expected and familiar faces of Randy and Larry from Galleher, I got to meet some great reps from other companies.

Michael Drinkard from the Crain Tool

News from the Heartland

I’m in Southern Illinois visiting family and as I drive the familiar streets of a town I once called home, I notice the names on the street signs.